Letter from the Editor:

Well, here we are, in the last “throes” of Summer and there is so much to “say,” “do,” and “announce” that it’s hard to keep it all straight.

Let me start out by saying that I have even more exciting news about the legacy of my mother’s dear friend, the late Serena Wilson. After I mentioned in last month’s issue that her longtime West Side studio was closing on the West Side and starting a new “lease on life” at “Belly Dance America,” I was excited to learn that a new “Serena Belly Dance Museum” has opened in Chelsea at “Showplace Design Center,” 40 West 25th Street, Gallery 110, New York City, NY. The exhibit, which opened August 21st, will run until December 30, 2016.  Serena’s son Scott Wilson and his wife Leni will be there Sundays 12-4:00 p.m. or by appt. For appointment contact mellow111@aol.com. This native “New Yorker” knows that what could be a better time to be in New York seeing the sights than the lovely Fall and Christmas season?

The exhibit also brings back some attention to the fact that so many in the “biz of belly dance” have had secret yearnings for a “Museum of Belly Dance” where “collections” could be housed “permanently.” America, once a real “potboiler” of activity in the art of “dance” in general has seen a decline. In a society that ditched music in the schools for more of a bent towards “science and technology” we’ve turned into somewhat of a “Protestant Work Ethic” culture wherein a giant finger wags over us as if to say, “Now, now! Get a REAL job and pay for your own useless hobbies!”

Following along this general theme this month’s issue will include an interesting story about legendary dancer La Meri ( Our “Cover Girl” this month) and a shawl she once owned.

“Get Your Own Phone Number from Any State in the U.S.”

Ad for the Serena Exhibition 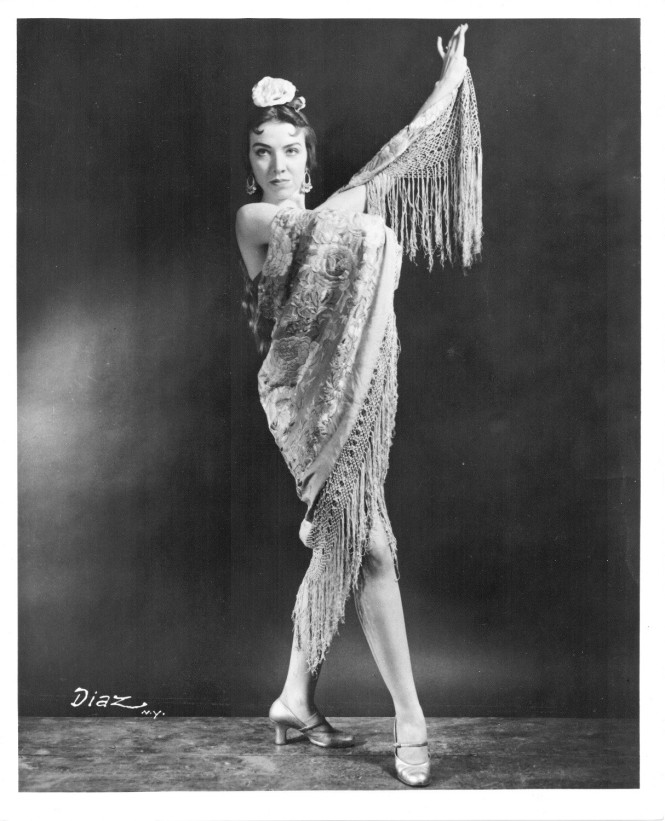 Johanna in the beloved shawl she purchased from “La Meri.”

In the 1950’s my mother and her husband and dance partner Bill decided to study Flamenco with the famous Juan Martinez and Antonita. Maestro Martinez was very beloved by his students. In the class with Johanna and Bill was La Meri’s sister Lillian Hughes Newcomer. La Meri was the Louisville, KY born “ethnic dance” pioneer who co-founded the “School of Natya” in NYC with the equally intriguing maverick Ruth St. Denis. By the late 1940’s La Meri’s book on the art of “Spanish Dancing” was in the personal library of Johanna and Bill. (One of their first Flamenco teachers was film legend Rita Hayworth’s uncle Paco Cansino). Lillian liked Johanna so when her sister La Meri had a sale of personal items, she arranged for Johanna to get a “special price” on the shawl. 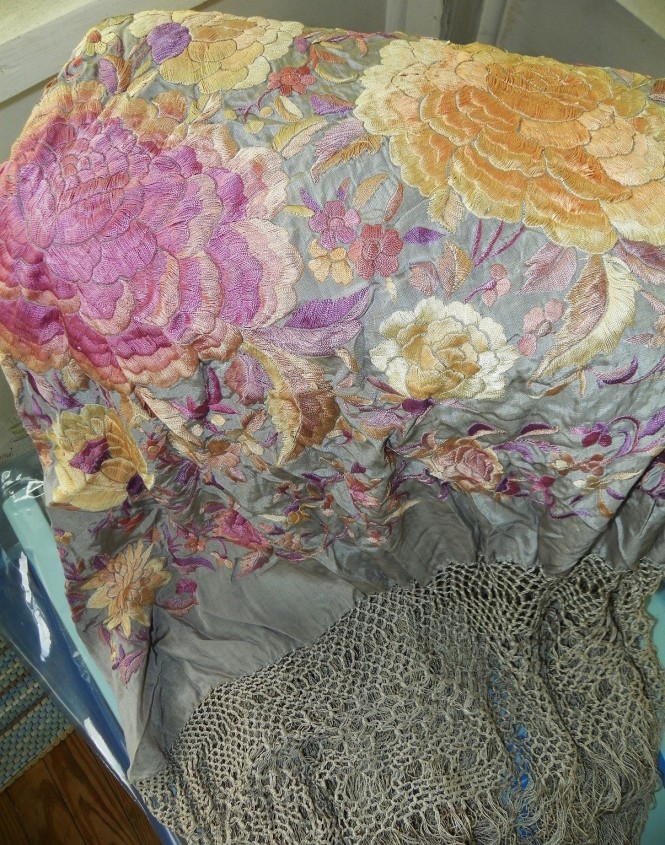 For years, not much was spoken of about Juan Martinez and Antonita. He was born in 1896 and passed away in 1961. His personal papers (1932-1962), which are mostly in Spanish, were only donated to the “Jerome Robbins Dance Division” of the “Lincoln Center Branch” of the “New York Public Library” in the year 2005. Cataloging and compiling of them was not completed until the year 2014. According to these papers, Juan Martinez was born in Burgos, Spain and began performing and touring with his family as a child. He married Antonia Fernandez whom he formed an artistic partnership in 1938. Johanna seemed to remember that he had a first wife and dance partner who passed away from altitude sickness when they were in Mexico City to perform.

In a book called “El Maestro Juan Martinez Que Estaba Alli,” the author Manuel Chaves Nogales recounts meeting Martinez in Paris and hearing the hair raising experiences he and his first wife Sole encountered when they became trapped in the “Bolshevik” revolution while performing in Russia in 1917. “After a successful tour of the Central European cabarets, flamenco dancer Juan Martinez and his partner Sole were caught by surprise in Russia by the revolutionary events of February of 1917. Unable to leave the country, in St. Petersburg, Moscow, and Kiev they suffered the fall-out of the October Revolution and the bloody civil war that followed. The great Spanish journalist Manuel Chaves Nogales met Martinez in Paris and, shocked by the stories he shared, decided to compile them. The result is this book which narrates the changes the protagonists were faced with and how they figured out a way to survive. Its pages include traveling artists, prodigal Russian dukes, German spies, Chekist assassins, and speculators of a different ilk.”

I viewed an interesting “Press Release” online which came from The Museum of Modern Art dated May of 1941. It declared that for the third in it’s “Coffee Concerts” series it was to “present an entire Spanish Program Wednesday May 14th at 9:00 p.m.” The show was to consist of Spanish folk songs sung by Sophia Novoa and her only accompaniment was to be “tambourine and castanets.” It also mentioned that “Martinez and Antonita” were to be featured. It continued: “The Gaiteros, a group of Spanish peasant musicians, will be headed by a bagpiper, Jose Belion—the only known Gaitero in Now York. The Spanish bagpipe is of Celtic origin but has a smaller bag and only one horn instead of three.”

It continues:  “The accompaniment is made up of a bass drum (bombo), a trap drum (tambourine) and two dancers. Also appearing on the program is Jeronimo Villarino, the only known flamenco singer-guitarist in the United States. Oriental in character and suggesting Moorish influence, flamenco folk music is sung and played on the guitar mainly in the south of Spain.”

The concert program was as follows:

Juan Martinez and Antonita were known as wonderful people and wonderful artists. Hopefully, in future, more documents will turn up to shed light on the careers of those in the arts so places like the “Jerome Robbins Division” can preserve the information for posterity.

Remembering Rameses: The Exhibit that Took America by Storm

In the Spring of 1988 I was dating a neighbor of mine in Boston, MA. He was tall with medium brown hair and very pale blue eyes, and he worked in the banking industry. Originally from Texas, he claimed to be a cousin of our then President of the United States George H.W. Bush. There I was, in the middle of the “hippie folk revival” in Boston, buying protest buttons at “George’s Folly” in Allston, MA and there he was this “conservative” young man a few years my senior. The “whoosh” of my “India” skirts on the stairs must have intrigued him (or maybe it was the days I was wearing “leggings” like all the other 80’s chicks)  because after doing laundry together a few times we started “seeing” each other socially. We went for pizza at “Bertuccis,” saw a couple of concerts, went to a Boston Red Sox game in the rain and got glared at by one of his jealous female co-workers. We were attracted to each other but there wasn’t too much of an “emotional connection” so really this was no great romance. Cordial goodbyes were made though when he transferred with the bank to another town a couple of months after we started going out. Though this was but a brief interlude in my romantic life, one thing we did together stands the test of time.

After “King Tut and his Treasures made a splash in this country in the late 1970’s, the “Egyptian Museum in Cairo” decided to go one better and bring a tour even more sensational to America about a decade later, making sure to go to a different set of cities than “Tut.” This Fall marks the 30th Anniversary of the “Ramesses the Great Tour” arrival in the United States. After it’s run in Denver, the exhibit made it’s way to the Boston Museum of Science. It was this showing in the Spring of 1988 that my “banker boyfriend” took me to (Well, at the time he was just a “teller!” He may be a “Bank President” by now!). 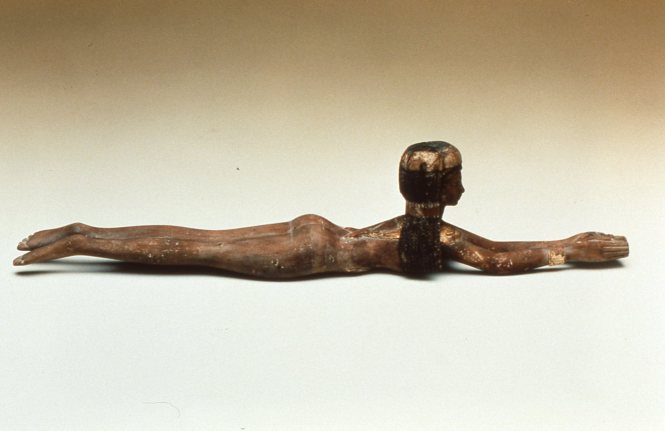 Just a few months ago I was in an antique store in Charleston, WV when I saw it. An official “souvenir” set of color slides from the showing at the Mint Museum in Charlotte. I had saved two brochures from the show in Boston but it was really cool to find the color slides. The images are quite stunning and brought back some interesting memories from a time when I was young and marveling at a world which was quite old. 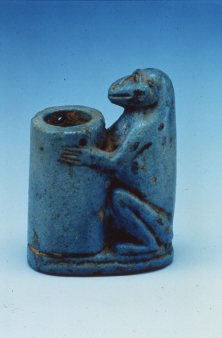 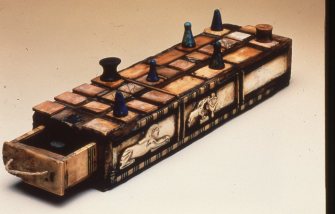 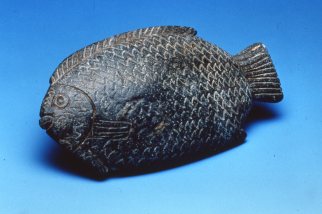 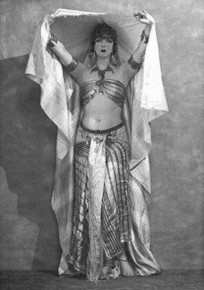